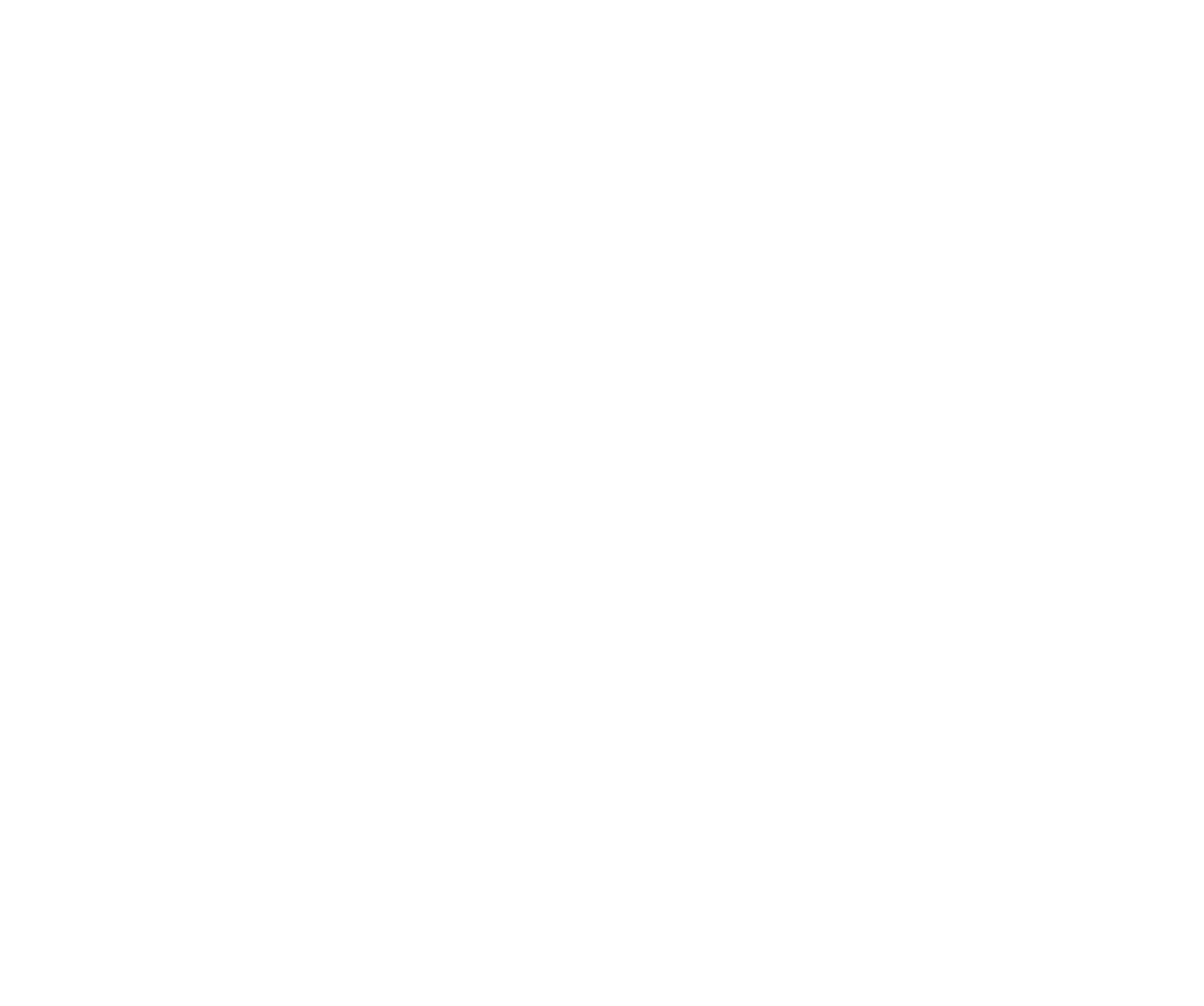 Does in-person connection = A long lasting one ?

Hello Friends, how the bloody hell are you on this beautiful day ? Apologies for the onslaught of Aussie, my vernacular and accent have rapidly re-expanded after spending the last few months down under visiting family. Today’s topic of conversation is a dive into the inception of my relationship with Joe, lover of my life who we all know to be FROME’s founder and CEO. More specifically we’ll be discussing our first date and why based on our very own love story, I personally believe ( nay know ) that an in-person connection early on in the dating process is absolutely imperative for a long lasting one.

We met on Hinge, as FROME was barely more than a thought at that point. But in a serendipitous way as to how his app works, why he made it, and what’s left me standing confident behind the notion that if the timing were different we would’ve met there. It was the night after halloween, I was a smidge hungover and happily in sweats on the couch settling in for a quiet evening of snacking and slothing. I felt my phone vibrate and looked down to see that I had a match. Now I was completely over dating apps at this point ( as I’m sure many of you are ) and would spend a few minutes every few days mindlessly scrolling when bored ( something I KNOW you are all doing, or have in recent past ). So getting multiple matches was nothing new. When opening I’m pleasantly surprised to see the handsome man I had hearted a few days before saying G’day. I can’t remember verbaidm how the conversation went, but I do remember it was short, to the point and very sweet. After a mere 5 minutes of chatting, he asked when he could take me out. I throughly enjoyed the forwardness as I always preferred to get straight to the point back in the days of dating, and gave him two options as sort of a further test of mutual spontaneity. Tonight, or this coming Wednesday. To my pleasant surprise, he chose the former option and we set a date for later that night at one of my favorite vegan resturants, Gracias Madre.

Now I almost didn’t go. I was tired, had work the next day and to top it off had just stopped seeing this lunatic of a human who was on my last fucking nerve, nearly exhausting my patience for dating. But intuition was telling me to go, and as I was getting ready an indescribable joy settled in my stomach. Fast forward a few hours and, being ever punctual, I’m 5 minutes early. He was late, even though he lived right around the corner ( I would come to learn his time management wasn’t the greatest lol ) which would usually be a strike on my internal check list. But as he walked up and I got a good look at him ( and the smile that took up half his face ) my heart did this jump and something unfathomable clicked inside. I brushed the gorgeous feeling away, and proceed with the warm in person introductions. We’re seated, and dive straight into one of the most comfortable and engaging conversation two people could have. And what we agree to be the best first date either of us had ever had. Like a cringy rom-com, we were just staring at each other and smiling, the sparks between us almost visible. In fact, the waitress came up to take our order multiple times, but neither of us had looked as we were too busy devouring each other.

We finally order, nibble a bit but decide to continue the night at EP LP for a cheeky drink. As we walk outside, he directs me to the cute lil’ Porsche across the street ( false advertising mind you, it was a short term rental ) and as he’s opening the door for me, he leans in and kisses me in a soft and passionate way. To say our first kiss was one filled with fireworks would be an understatement. The night continued effortlessly as we drank, laughed and connected on such a deep level. He then drove me home ( ever the gentleman ) and we proceed to make out for 30 minutes like teenagers in front of my building before tearing ourselves away with one final kiss, and setting our second date for Wednesday. Which by the way was equally if not more amazing than our first. My best friend, who also happened to be my roommate, remarked that I was buzzing ( not to mention completely red in the face both from sexual tension and a good old pash rash ) as I walked in. Truly a delicious date, and the start of a wildly beautiful ride.

However we have mused and agreed upon many times that if we didn’t take that leap of faith the very first night, the chances of us meeting and connecting in such beautiful, long lasting manner most likely wouldn’t have happened. That’s not to say there isn’t a thread of fairytale esc “meant to be” when it comes to him and I, or any forever love for that matter. But you hear that adage of “timing is everything ” and I feel it applies heavier today than it ever has before. For a large portion, if not the entirety of the dating population. In part due to the busyness of our demanding schedules through this work-centric society, and the constant need to be filling your time as to not look lazy or boring. But mostly because of overwhelming options, both in people and where to find them that we are faced with today. That our attention spans are minute compared to times of past, our ego’s temporarily filled when our fulfilment tank’s are running dry… and the level of wanting instant gratification being at an obnoxious all time high. All of this is resulting in a specific level of exhaustion I see running strongly within my single friends and all over social media.

It truly makes me sad. In an empathetic way from my own trials and tribulations when dating. But also because while I value and appreciate technology for a lot of different reasons ( just suffered through 3 months long distance ), I can viscerally see how it’s affecting our world and the dating scene in a very negative way. There’s no denying that apps are a necessary part of today’s dating world. But our dependence on technology can seriously harm the possibility of true connection. It seems rather than meeting up soon after online chemistry has been made, we are carefully crafting texts for days ( sometimes even weeks ) in the hopes of putting our best food forward. Apps should be used as the tool they were intended to be.. a technological gateway, a brief pre cursor to actually getting to know people in real life.

Instead it’s become this mindless activity when connection, love and dating is innately centred around thoughtfulness. It’s created this sense of “the grass is greener on the other side ” that is almost impossible to shake. I’ve always been a big believer that the grass is greener on the side you water it. Joe actually marvels on a regular basis over the fact my commitment and loyalty to him and our relationship has never wavered, even in the earliest days of dating. I think it shocked him, so different from the ” thank you next ” ethos of today. But it’s because I’ve always searched for and valued true connection, and knew it wasn’t going to come from sitting on my phone or participating in any of the trends that are currently wreaking havoc on today’s dating scene.

Now I really don’t want this to come off as a typical fluff piece on FROME, as there is merit to every avenue of finding love and true connection. But my writing comes from my perspective and I truly believe in our app, the premise we put forward to combat the woe’s above and the positive impact we hope it will leave on the dating world. No more virtual pen pals, no more doom scrolling, no more multiple matches that lead no where. Instead of missing out on that special some one because of the endless and mind numbing options, we give you the tools to find real connection by setting up actual dates. Instead of allowing us to collectively ruin a first date with days and days of communication, we give people the much needed opportunity to connect in real life while still having plenty of time to properly vet.

Whether it’s out your comfort zone to be so forward, or you’ve been waiting all this time for a platform to do just that.. I know FROME is the future, by bringing back the elements of dating we innately love and so sorely miss. Until next week x

HJG for First rounds On Me

FIRST ROUND’S ON ME